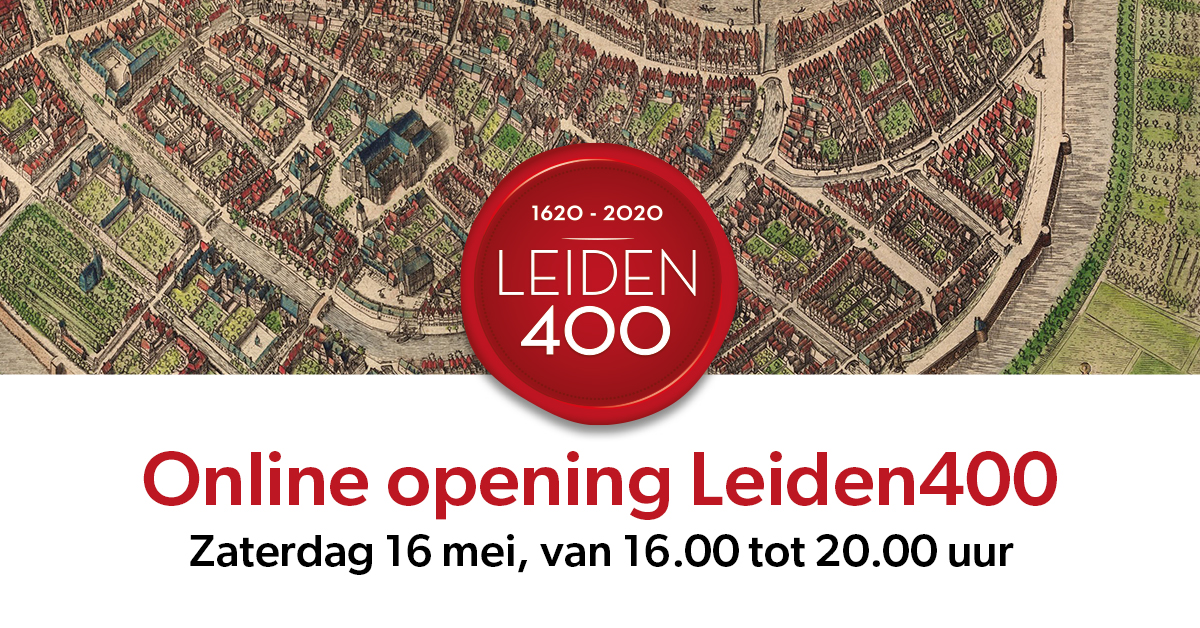 On Saturday May 16, the digital opening of the Pilgrim Year Leiden400 took place!

The organisation took the viewer on a city walk through the historic city centre, interviewed directors, curators of museums and other partners involved while explaining the fascinating story of Leiden in the Golden Age and the role of the Pilgrims during this period.

The opening was streamed live via YouTube, Instagram and 14 different (inter)national Facebook accounts, which allowed foreign organizations and international partners to treat their followers on an extraordinary journey back in time  in times of lockdown.

As the opening was live, viewers could ask questions via the Facebook account Mayflower400NL. In 3,5 hours, the broadcast received 4,645 responses, questions, likes and shares, which Susan Suèr of Heritage Leiden tried to answer as best as possible.

The digital opening led to the following locations:

FIRST AMERICANS will showcase the creativity and resilience of indigenous communities in North America. It will present the themes of histories, resilience, community and the future, with an emphasis on indigenous self-representation. Works held by the museum, made by unknown artists, will be shown alongside, painting, print, photographic, textiles, jewellery, fashion pieces by living artists, some created especially for the exhibition.

Museum De Lakenhal
Exhibition: ‘Pilgrims to America – and the limits of freedom’
Interviewee: Jori Zijlmans (Curator History)
This exhibition can be seen between June 2 - September 13, 2020.

This exhibition is an account of the extraordinary journey of the Pilgrims early in the 17th century. They started out from England and spent almost 12 years in voluntary exile in Leiden, before going on to colonise the world of the Native Americans. This exhibition focuses on the decisions the Pilgrims made during their journey, with the emphasis on a historical, factual representation of their story. What were the limits that the Pilgrims encountered in their search for freedom, and what does the historical account of the Pilgrims have to say about our liberties we enjoy today?

Time travelling is impossible, is it not? Or seeing Holland through the eyes of the Pilgrims? Digital technology can help. The Hidden City Foundation (Stichting Verborgen Stad) aims to unlock the past with help of Virtual Reality. Life in 1620 can be seen at a number of Pilgrim-related locations in Leiden. Commissioned by Heritage Leiden, very realistic 360 ° reconstructions have been developed and you can now see the cobblestone alleys, crooked facades and canals on site and walk along the churches where the Pilgrims lived in the early 17th century.

Onze Lieve Vrouwekerk (chapel of the former St. Caterine’s hospital)
Interviewee: Ariela Netiv (director Heritage Leiden)
The Onze Lieve Vrouwekerk was the Walloon church when the Pilgrims lived in Leiden. Myles Standish, an English soldier who later joined the Pilgrims, was nursed close by at the chapel of the former St. Catherine's hospital.
The Hidden City Foundation reconstructed this chapel and its surroundings.
The reconstruction provides information on the 17th century context of the Pilgrims.

Leiden American Pilgrim Museum
Interviewee: Sarah Moine (Curator of the museum)
Located in a beautifully preserved house built ca 1365-1370 near the clock tower of the Hooglandse Kerk, the Leiden American Pilgrim Museum tells the stories of the founders of New England, the Pilgrims. Furnishings from Pilgrim times show aspects of daily life, while events involving the Pilgrims themselves are illustrated with a remarkable collection of sixteenth and seventeenth-century maps and engravings by such artists as Gerard Mercator, Adrian van de Venne, Adriaen van Ostade and Jacques de Gheyn.

Stadhuis (City Hall) of Leiden
Interviewee (should have been): Theo Pronk (Hidden City Foundation)
The facade of the City Hall dates from 1595. Several Pilgrims were married in the City Hall, amongst them William Bradford and Dorothy May. Civil marriage was a Dutch invention, introduced because nearly half the population did not belong to the state church. The pilgrims introduced it in America, following the Leiden example, because in their first years they had no preacher.
For the Leiden400 commemoration the City Hall, the Breestraat (street) and its surroundings have been reconstructed.
The reconstruction of the Breestraat can be seen HERE.

William Brewstersteeg (William Brewster Alley)
William Brewster lived and worked near the Pieterskerk. Brewster’s house has nearly disappeared through later enlargement, but the blank end wall can still be identified by the contrast of its bricks with those added later. Brewster set the type here for several of the books he clandestinely published in Leiden; Edward Winslow helped Brewster and no doubt lived in this house before his marriage. Also in this house Brewster taught English to university students.

Jean Pesijnhof (Jean Pesijn Courtyard)
Across the street from the Pieterskerk, the grand entrance to the Jean Pesijns Almshouse has stood since 1683 where John Robinson’s house had been. A memorial stone is in the wall to the right of the entry. This is the most heavily visited of Leiden’s more than thirty such quadrangles. The poorer members of John Robinson’s congregation lived in twelve little houses arranged rather like the little dwellings of the almshouse.
Thomas Blossom and his wife lived here, ancestors of American Presidents George Bush (Sr. and Jr.) and Barack Obama.

Hortus botanicus Leiden (Botanical Gardens)
Exhibition: ‘From Columbus to Mayflower’
Interviewee: Carla Teune (former Hortulana)
This exhibition was supposed to open on April 9. It is postponed until later notice.
The exhibition can be seen online HERE.

The Hortus botanicus Leiden (Botanical gardens) focuses on the plants from America that were known in the Leiden region at that time. The most famous botanists from the second half of the sixteenth century were Carolus Clusius, Rembert Dodoens and Mathias Lobelius. This "Botanical Renaissance" also included the establishment of university botanical gardens, such as Hortus botanicus Leiden (1590). The Hortus was already 30 years old when the first group of Pilgrims exchanged Leiden for the New World. They will undoubtedly have walked in the gardens. From a list of possessions of a deceased Pilgrim we know that a book by herbalist Dodoens has been on board of the Mayflower.

Explore and discover hundreds of original Pilgrim documents at Heritage Leiden. Centuries old documents that tell the story of the Pilgrims through their marriages, business partnerships, house purchases and sad occasions like burials, last wills and testaments or court cases. History comes alive when you see the signatures of your own ancestors. Search online, read and download documents. Or see the original documents in person when you visit Leiden Heritage.
More information about the Ancestor Booth can be found HERE.
More information about the Online Pilgrim Archives can be found HERE.

Monument Pilgrims to the New World
The online opening ended here, next to Heritage Leiden.

The Pilgrims left Leiden from this spot. They sailed the Vliet towards Delfshaven, where the Speedwell was waiting to bring them to England to set sail to the New World together with the Mayflower. This monument by artist Gert van der Woude was placed in 2003. It symbolizes the uncertain step taken by the Pilgrims in travelling to the New World. The names at the base are of ‘Leiden Pilgrims’ who took under this journey between 1620 and 1647.