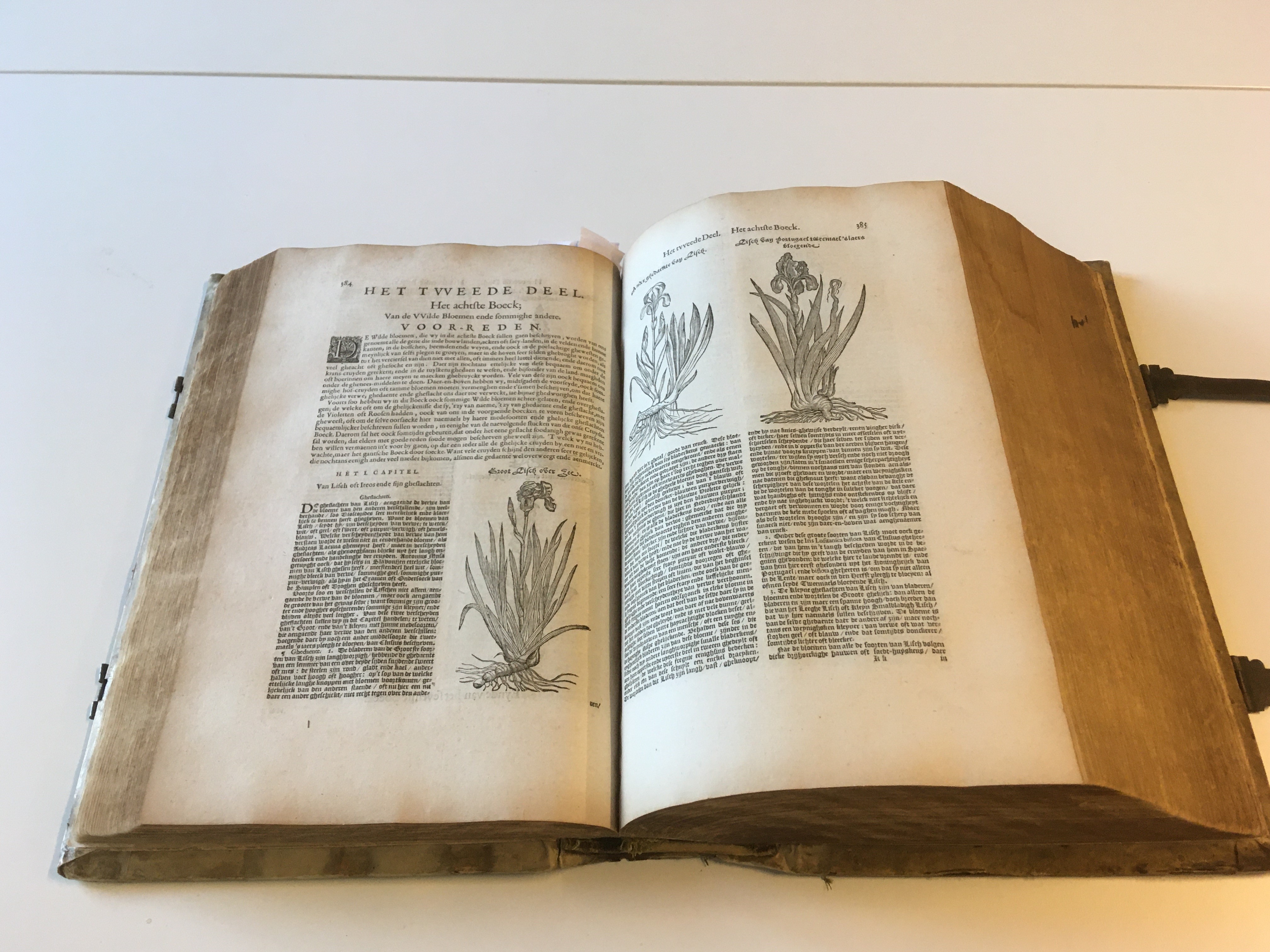 Due to the Coronavirus this exhibition is postponed.


For the freedom of their protestant faith in 1609 a group of English people fled to The Netherlands, to Leyden. There they thought the atmosphere too liberal eventually and so in 1620 part of the group travelled on to America, the “New World”, with the ship the Mayflower.

Knowledge of the healing power of plants and herbs was very important in those days. In England the book was The Herbal by John Gerard (1597) with thousands of pictures and descriptions of plants. The wood blocks for the pictures Gerard borrowed from among others the famous  printing house Platijn in Antwerp. Botanic science was a world with very many international connections.

The Herbal was mainly a translation of the Cruydenboeck (Herbal Book)(1554) by Rembert Dodoens that was often translated and reprinted. From 1582 to 1585 Dodoens was a professor in Leyden.  A copy of the Cruydenboeck sailed along on the Mayflower to America.

In The Herbal and the Cruydenboeck also plants from the “New world” are described: sun flower, tobacco, pumpkin, corn (maize), tomato and potato. Sun flower seeds contain many vitamins and a potato in your coat pocket helped against rheumatism.

Besides the exhibition “Herbals of the Pilgrims” there is also a presentation of botanic drawings by Dutch and American artists on the basis of the book by Dodoens, and a special exhibition of the American artist Stephanie Syjuco (1974).