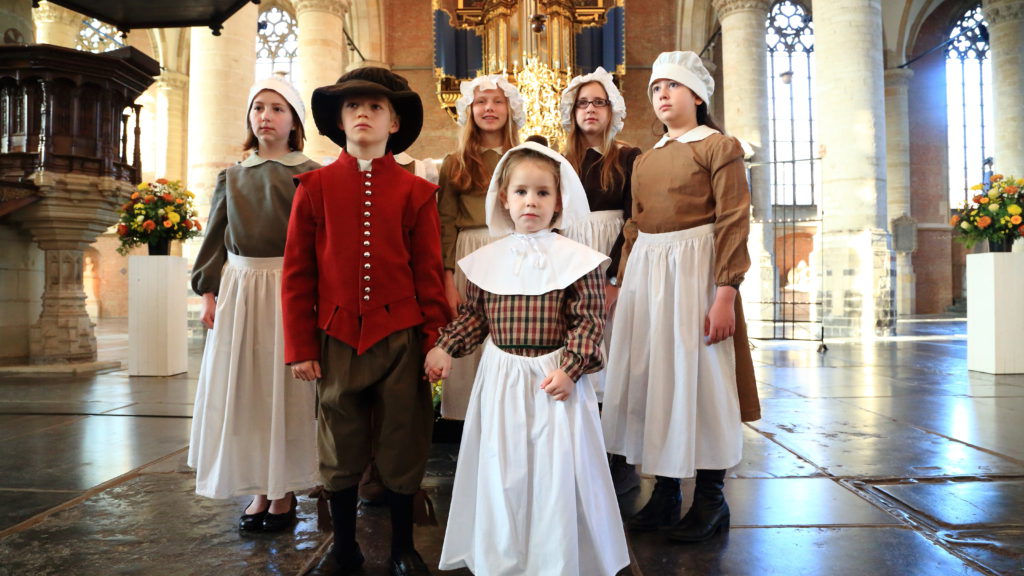 It is not yet clear in what form the Thanksgiving Day Service will take place in the Pieterskerk.

The Leiden origin of Thanksgiving
In Leiden, the Pieterskerk Leiden has held a service of thanks since 1574 in honour of the Relief of Leiden. Many experts claim that the Pilgrims were inspired by the Leiden celebration on 3 October and that the celebration of Thanksgiving, which they started in America in 1621, was based on that. George Washington made it a national holiday in 1789.