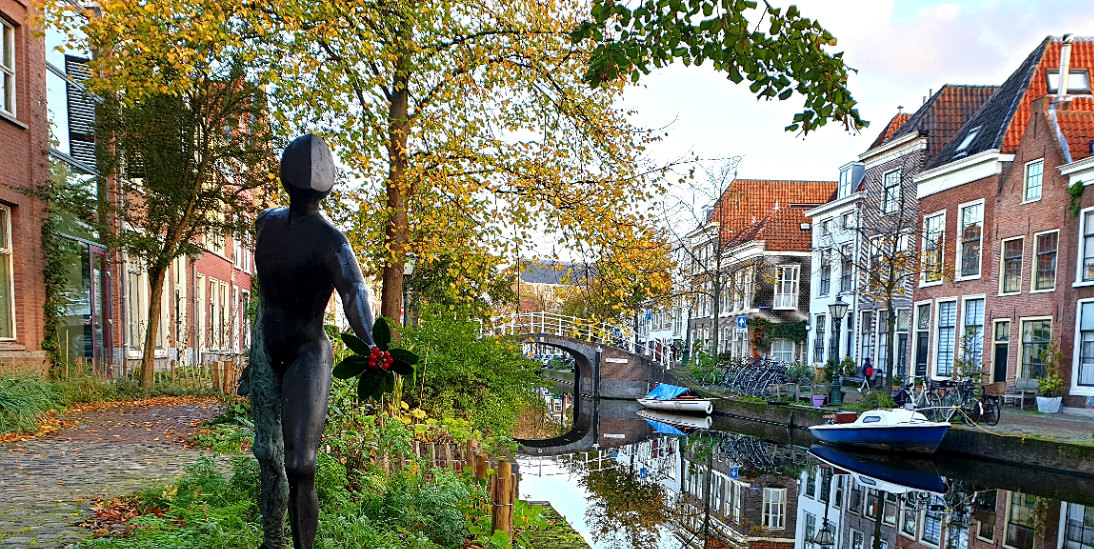 At the commission of Erfgoed Leiden en Omstreken, a Pilgrim Garden containing 17th-century plants has been built next to the building by Vrienden van het Singelpark Leiden. The Pilgrim Garden, which was created in collaboration with Hortus Botanicus, symbolises the various parts of the world that the Pilgrims visited; it comprises three herb fields with medicinal plants, plants used for pigments and herbs, as well as a vegetable section containing crops that they planted in the New World, such as corn, pumpkins, peas, beans and tobacco. Between the landing and the artwork, an open space will be realised, offering room to present information about the garden and the plants. In 1620, it was from this landing that the Pilgrims boarded the ship to Delfshaven.