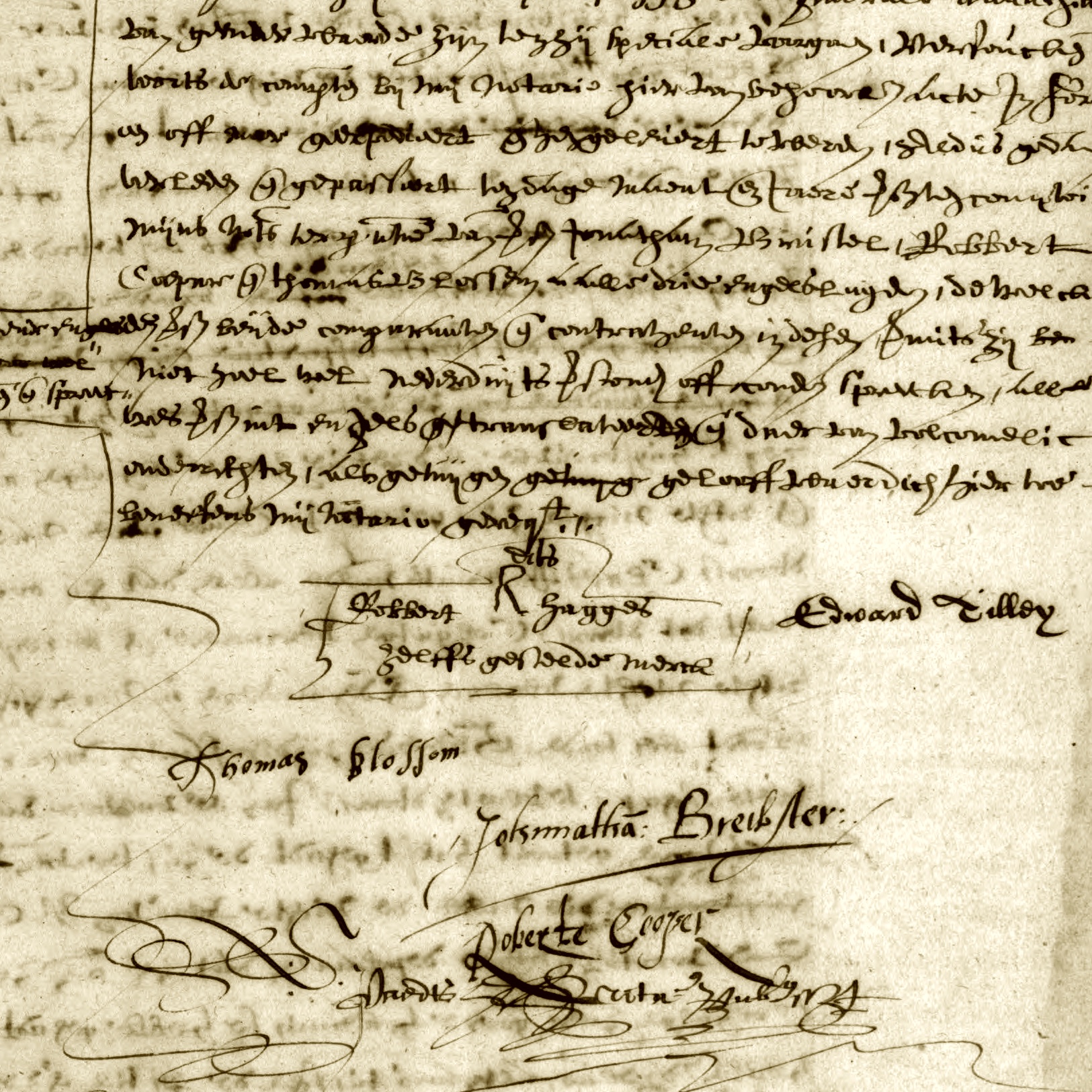 The Pilgrims fled England and arrived in Leiden in 1609. Here they lived for nearly 12 years, before leaving for America,  400 years ago. Much has been documented on their Leiden lives: in marriage registers and property contracts, but also in burial records, testaments and even law suits. After scanning and transcribing, these documents are available to everybody everywhere.

The database provides the opportunity to do genealogical research from home. Not just for Americans, for ‘Leidenaars’ as well.’ In certain families one member went to America, while another remained in Leiden with his Dutch love’, says Cor de Graaf, deputy director of Heritage Leiden.

Database
The database contains hundreds of documents with nearly 1500 names mentioned. These are not just the Mayflower passengers, but also the Pilgrims who left for America in the following years. The database can be searched by name and all documents are digitized an downloadable. Each document is accompanied by a transcription of the original (Dutch) text and a summary in English. This immense task was completed by volunteers coworking with Heritage Leiden staff.

The story
The Pilgrims arrived in Leiden in 1609. In this tolerant city they found work and religious freedom. They lived and worked in Leiden for almost 12 years. This year we commemorate the journey these English separatists made to America. They went first to England, where they boarded the Mayflower. The group called themselves ‘Pilgrims’ and they founded the first permanent European settlement in New England. Today around 25 million Americans are Pilgrim descendants (amongst whom nine presidents, including Barack Obama).

Heritage Leiden and Leiden400
Leiden400 is an alliance between Heritage Leiden, Leiden Marketing, Pieterskerk Leiden and Museum De Lakenhal. This organisation is part of the Four Nation Commemoration of the Pilgrim Year, in which the United States, the Wampanoag Nation in Massachusetts, the United Kingdom and The Netherlands have joined forces. This commemoration will also pay attention to the consequences of the Pilgrims’ journey for the Native Americans.

And watch the movie:
https://youtu.be/ynY8wi3xQhg