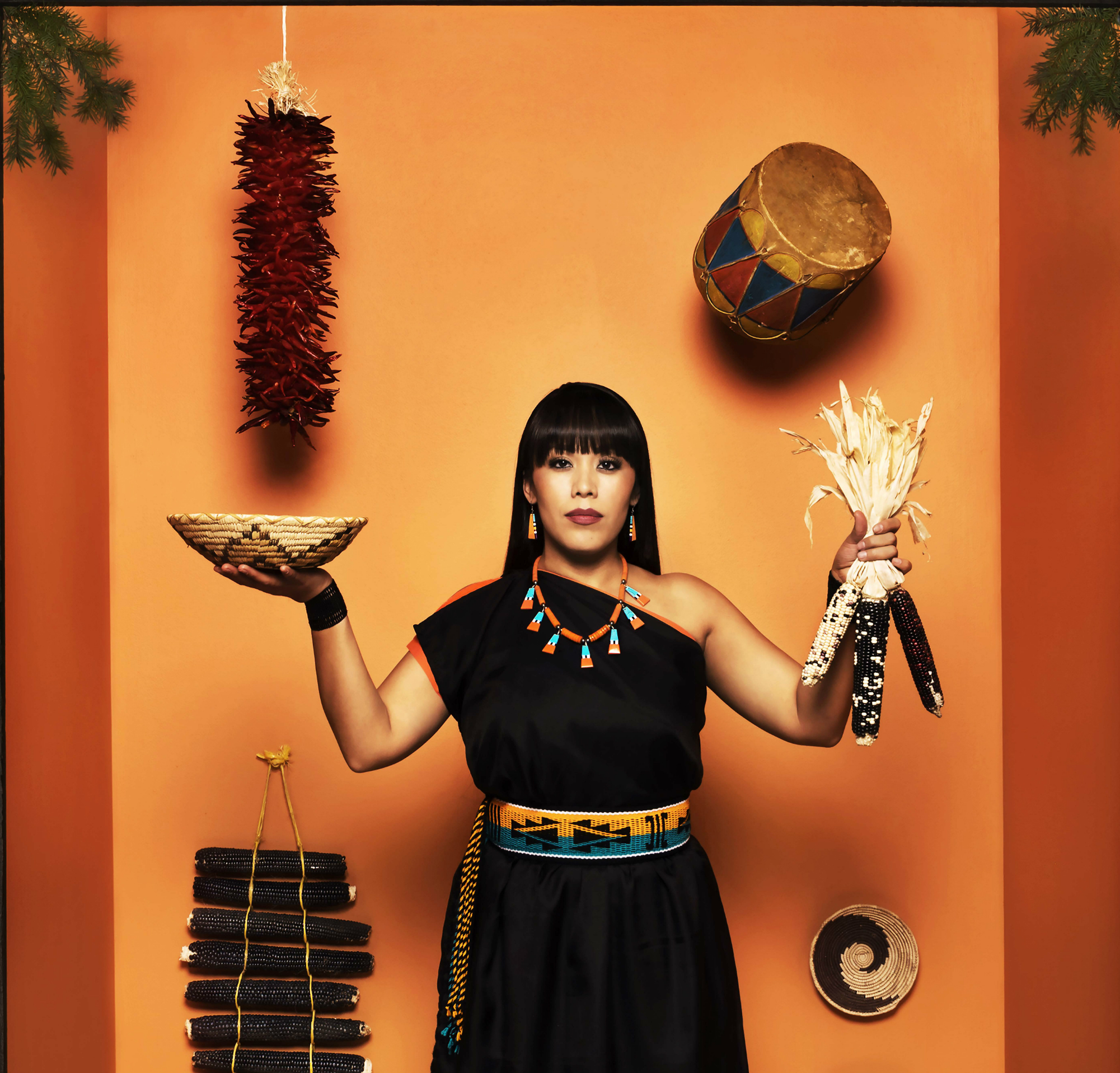 In First Americans the central focus is the experience of indigenous North Americans, their creativity and resilience.  In the year of the commemoration planned by Leiden 400 we bring to the fore contemporary artists and their work together with the collections of the museum.

The arrival of European settlers put indigenous nations under pressure such that community, languages, lifeways and religion were fundamentally changed.  The resilience of indigenous nations has however ensured that indigenous culture continues to thrive. First Americans will feature more than sixty contemporary and historic artworks alongside each other considering a number of themes that highlights indigenous creativity.

Trade.
Wampum beads used in regalia have an enduring value for indigenous communities as a medium for social, political and ceremonial communication. However under the influence of early European settlers it was used as money. Out of the Ocean, a wampum belt made by Elizabeth James Perry (Wampanoag), shows the beauty and continuing importance of wampum.

Activity and resilience.
In the 1960s and 1970s a new generation of activities arose who came to international prominence. Here we display a belt made of copper Greg Lewis (Pueblo of Acoma) that reportedly came from the copper pipe during the occupation of Alcatraz.

The end of FIRST AMERICANS is outside the museum where visitors can see the mural by Yatika Starr Fields (Osage/Cherokee/Creek-Muskogee). This dynamic and colourful 48 square metre mural springs from a personal expression of  what indigenous resilience means. In thinking through his composition, Fields was inspired by the work Frans Hals.

Contemporary artwork
First Americans brings together a diversity of indigenous artists across different media. These works purchase or commissioned are combined with a selection of historic works out of the collection, including paintings, clothing, weapons, jewellery and ceramics.

Leiden 400
In 2020 Leiden is commemorating the departure of the pilgrims who landed on American shores and established Plymouth colony. Several institutions have planned events including Museum Volkenkunde in Leiden.